The Wellbeing Economy Alliance – or WEAll for short – exists to transform the economic system, society and institutions to prioritize shared wellbeing on a healthy planet.

Led by organizations and individuals that believe that our current economy is misaligned with what people and the planet really need, WEAll supports those who are active in bringing about a new economic system so that their efforts will be more powerful and effective.

WEAll works to implement the outcome of an inquiry commissioned by the French Government in 2008 that examined how wealth and social progress could be measured in other ways than gross domestic product (GDP). WEAll identifies the shortcomings of GDP and seeks to ensure that public policy advances citizens’ wellbeing in the broadest sense: by promoting democracy, sustainability, and inclusive growth.

“What if we had an economy that is designed in a way that serves people and planet?”

We all need to work together

Our approach to economics and development needs fundamental transformation. A new global initiative is making connections between the diverse institutions and movements working on that task. Facilitating collaboration and knowledge exchange, the key aims of the new alliance are “to amplify and connect, to build and to promote the building of a wellbeing economy“.

It is hard to refute the array of evidence that the economy of today serves the few at great costs to communities and through collateral damage to the environment.

While stock markets surge, species are being lost.

While bonuses for CEOs are boosted ever further, many others are struggling to put food on the table.

The best we can hope for, it seems, is to use the bounty of growth to ameliorate the damage done in its creation. Many of these costs of growth (and resulting avoidable demands on various levels of government) count as an addition to the ledger of national ‘success’ – GDP.

And while GDP edges upward, some are grasping for apparent solutions – bunkering down to gaze at the idea of a previous golden age. Others are turning their anxiety and anger inwards – harming themselves or retreating behind gated communities or their online equivalent.

But fortunately, others are rolling up their sleeves and creating alternatives to the toxic economy: from businesses with a social or environmental mission to new ways of local decision making; from pushing for policies that seek to open up space for experimentation to projects that epitomise – even in microcosm – that things can be done differently.

The vision underpinning so much of this work is not far away. You hear it if you take the time to listen to what people identify as most important in their lives. You read it in certain texts of the world’s religions and development scholarship. You see it if you look at brain scans or reflect on the findings of psychologists and epidemiologists about human stress and flourishing. It flows from what Tim Jackson often refers to as what makes us ‘innately human’.

Essentially, the messages from these diverse quarters point to the need for a ‘wellbeing economy’: an economy in service of human and ecological wellbeing. It is about meeting the needs of all. It recognises that the economy is embedded in society and the rest of nature rather than nature and society being in service of the economy. A wellbeing economy is about more than tweaking and fixing the harm caused by the current model.

A nice vision perhaps, but changing an economic system is extraordinarily challenging.

Evidence of previous system shifts show that systems can change when enough people, across all walks of life, team up to demand it; when the story is positive about how we can live a different life; and when it is solidly based on theory that not only makes sense, but also reflects the true sources of collective and holistic wellbeing.

Efforts for change are thus necessary on many levels – the micro level of individual organisations and projects; the middle level of policy and rules; and the macro landscape level which is the terrain (literally and in terms of ideas, science, and knowledge) on which the other levels operate and are influenced. These levels interact – actors in the micro level, for example, can change the policy regime by demonstrating feasibility and desirability of a new course of action: hence policy makers are not stepping into the unknown. Similarly, change in the landscape level shifts options and demand for policy changes. And these in turn open up or shut down scope for action at the micro level.

A vehicle for transformation

A new alliance of actors working for the creation of a wellbeing economy has been established to operate across all these levels and to ensure the links between levels are harnessed to spur virtuous circles of change. The Wellbeing Economy Alliance (‘WEAll’ for short) is supporting those who are active in bringing about a new economic system so that their efforts are more powerful and more effective.

This will be about not only weakening the old story that underpins the current economic system, but also creating a new paradigm. This will happen when people’s frames of reference are transformed, when their sense of the possible is disrupted.

WEAll will work to create new coalitions and movements and develop shared strategies. This means supporting campaigners and activists and also those advocating for policies more conducive to a wellbeing economy. It involves shining a light on pioneering projects. To get policies recognised and accepted, there is a need to persuade, educate and mobilise the public so the ‘window of public acceptance’ expands to includes those policies.

Theory and its dissemination also matters – think tanks, academics, and publications all play a role in either constraining or opening and enabling the discussion and creation of a new economic system. This wellbeing economy knowledge base not only shapes policy decisions, but also feeds into the very teaching of economics to policy makers of the future.

Developing prototypes at the micro level effectively begins to build the new system while the old one is still here. Pioneering projects (be they community level, businesses or others) that disrupt the current system can also encourage others to replicate them. Eventually new norms will emerge and a critical mass will be reached. WEAll’s work to change the economic system here, at the niche level, entails providing support for innovators and connecting them (for example, via communities of practice) so they encourage others to replicate their practice.

Thus WEAll’s key tasks are to amplify and connect, to build and to promote.

In practice, this means WEAll will work with as many actors as possible to construct a power base capable of shifting decision making in favour of those conducive to a new economic system.

It is being joined by a range of organisations and individuals. Its growing membership includes those working within the system to change it from the inside and those building from the outside. It includes academics, businesses, governments, cities, community organisation, NGOs, and think tanks.

And, crucially, WEAll welcomes anyone who wants to collaborate for system change. The critical mass to transform the system already exists: we all need to work together towards a shared vision. 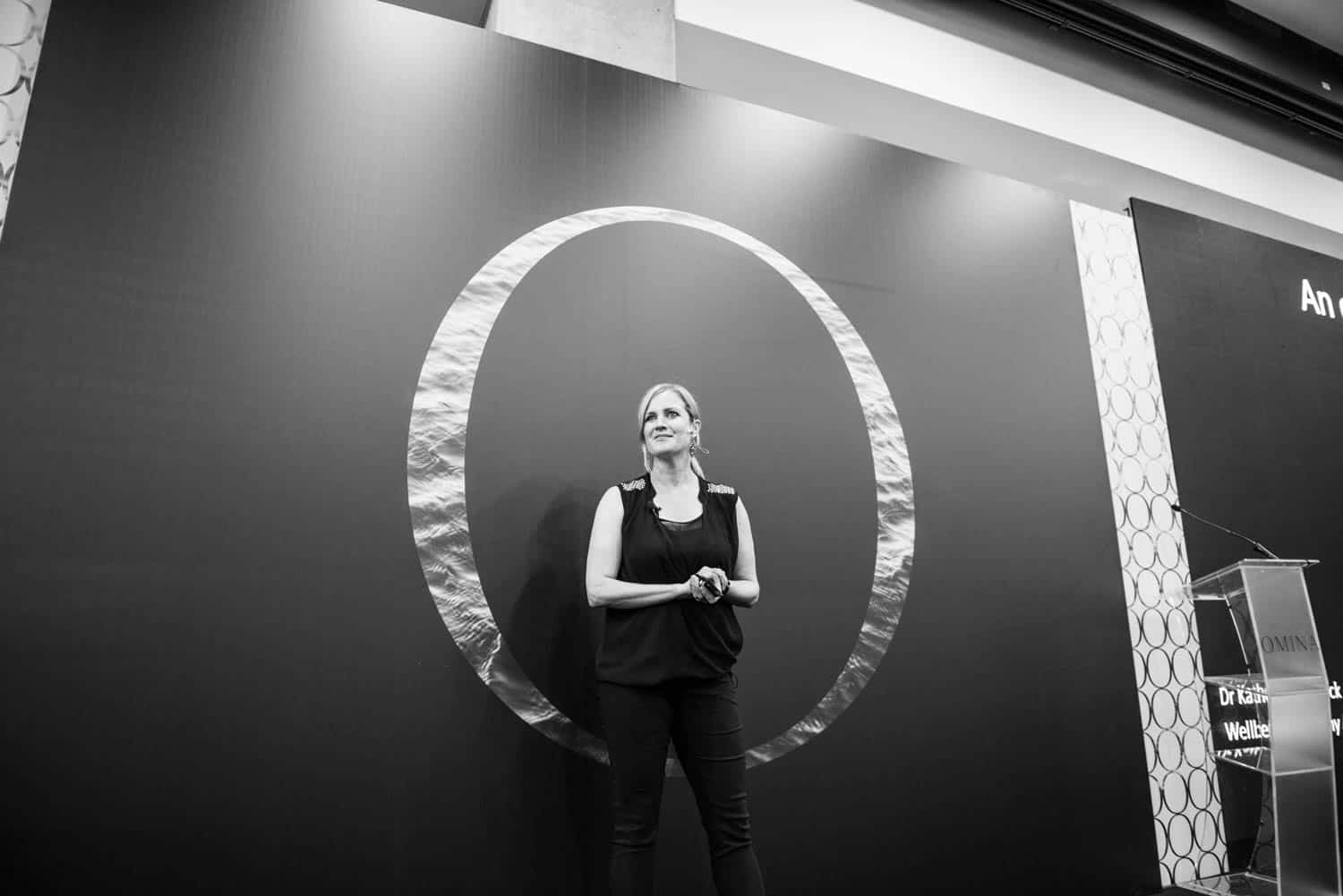 WEGov consists of a group of countries that believe that to achieve national success and global progress in the 21st century we must adopt an economy that puts people and the planet first. The creation of WEGov was formally announced for the first time during the 2018 OMINA Summit. 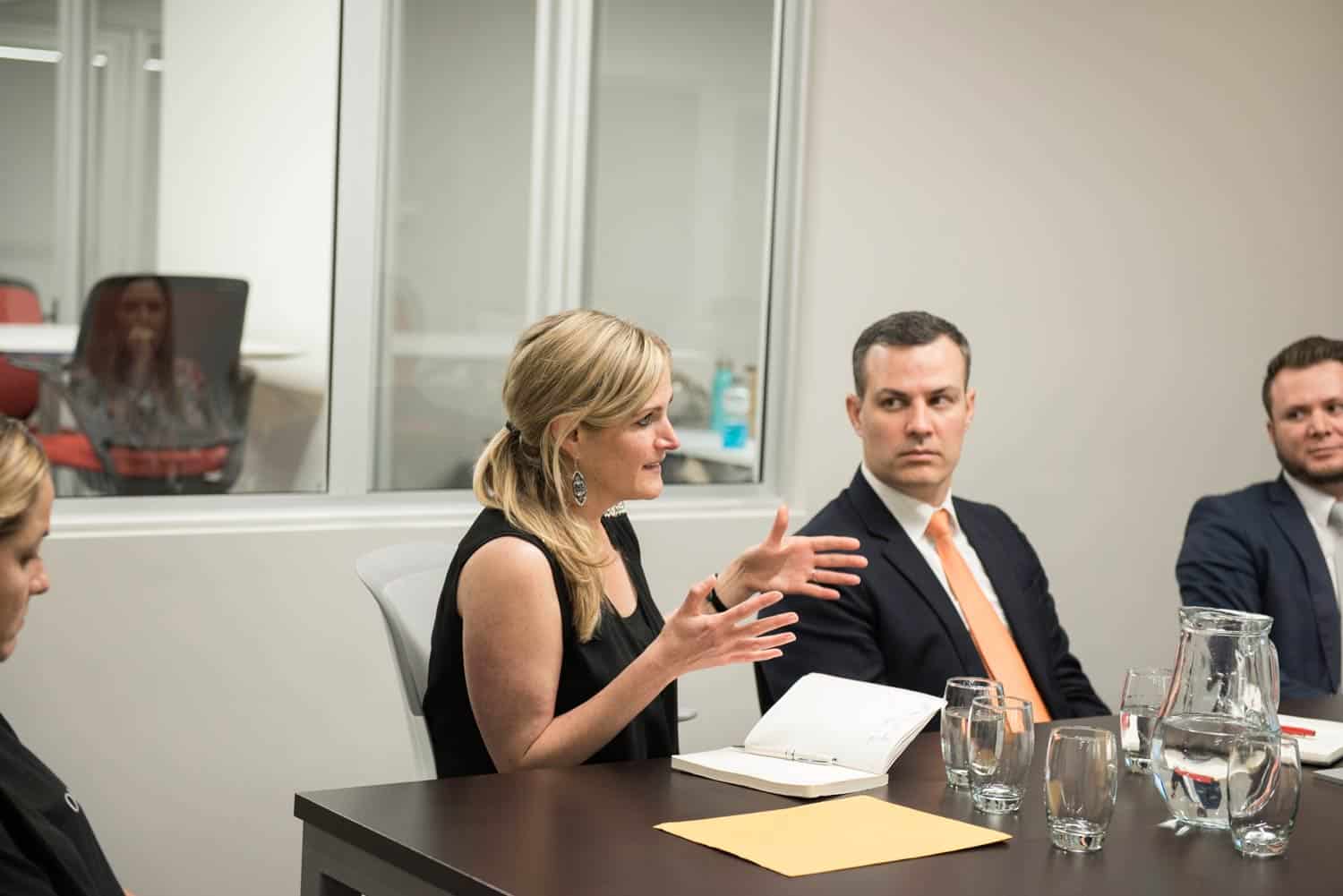 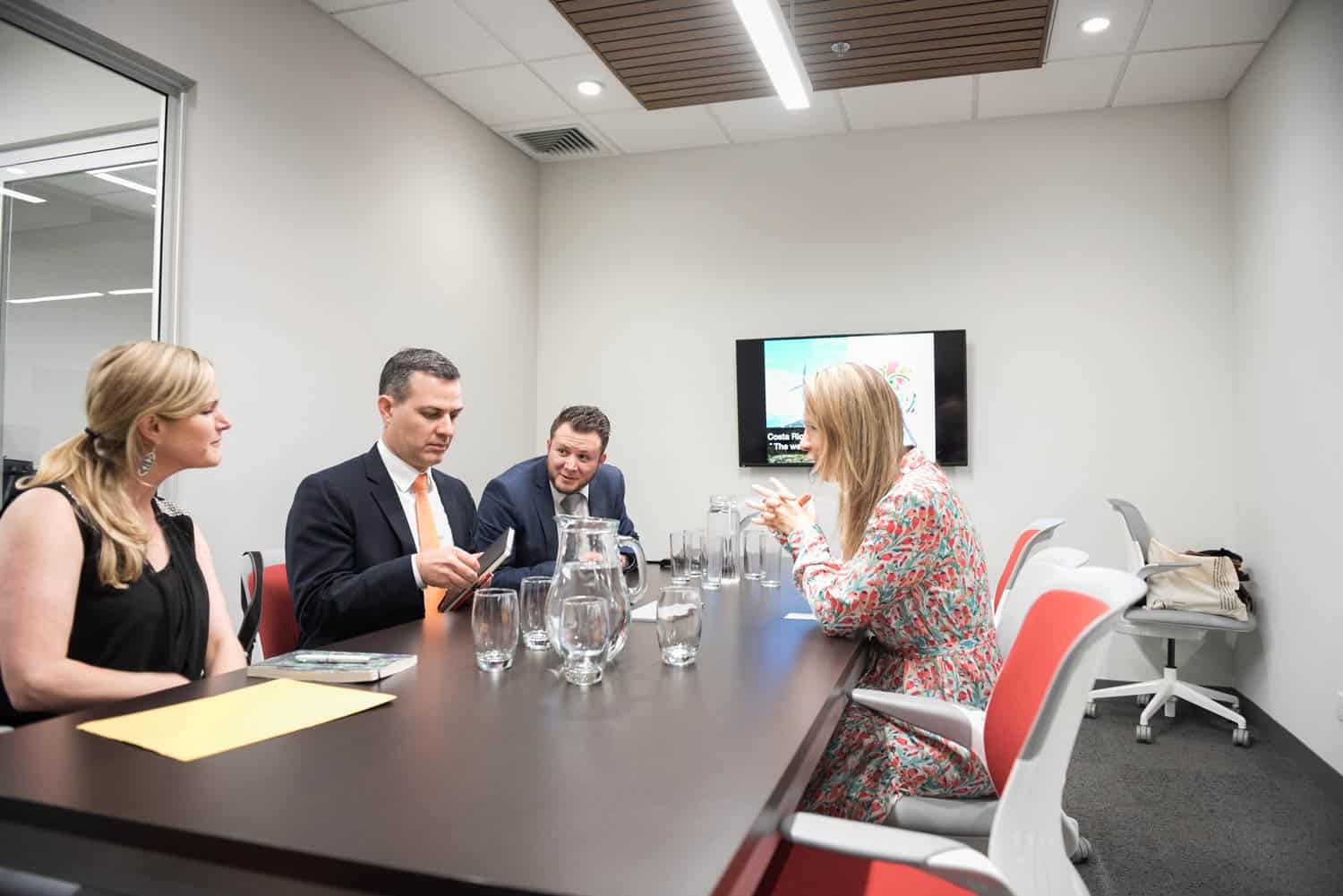 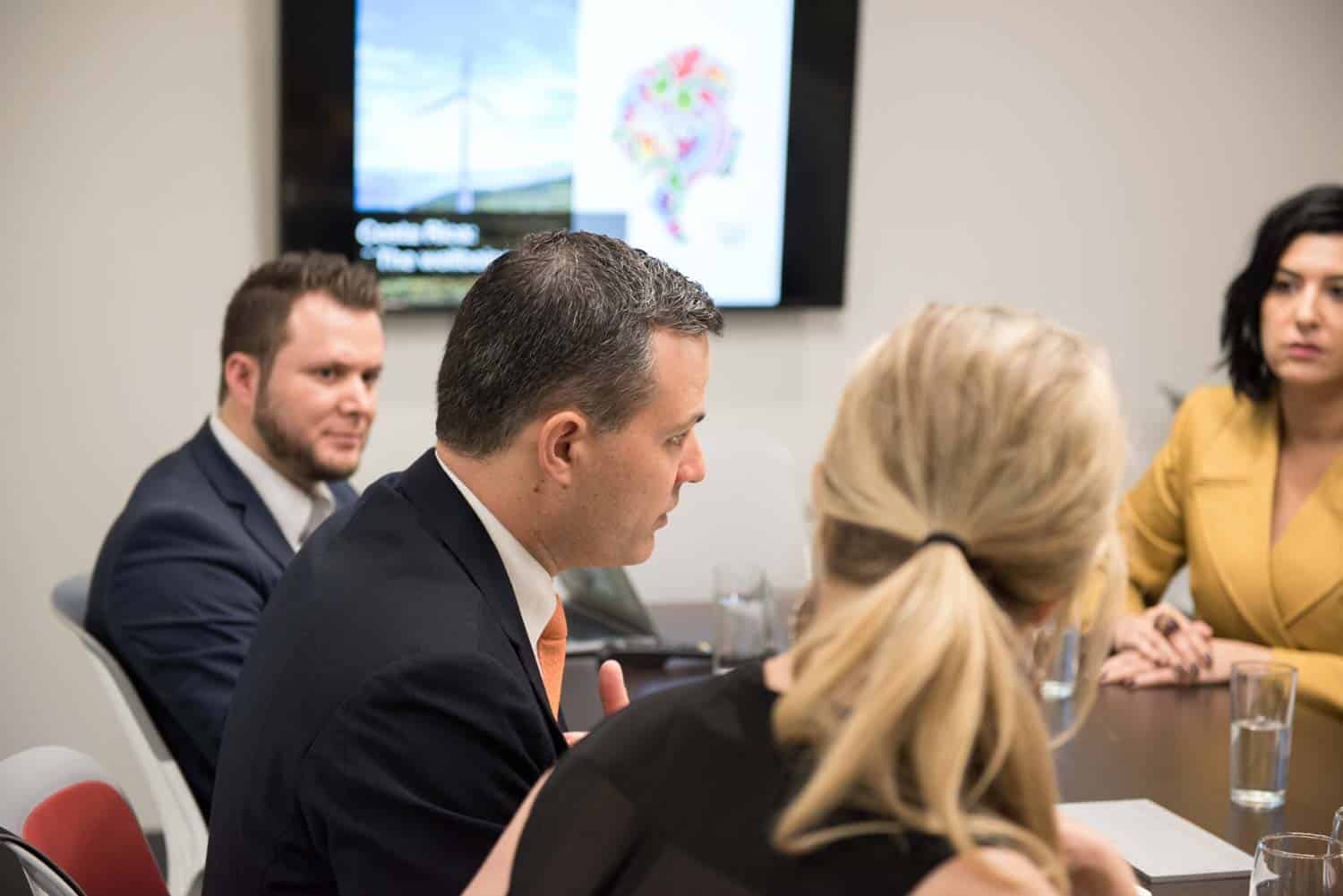 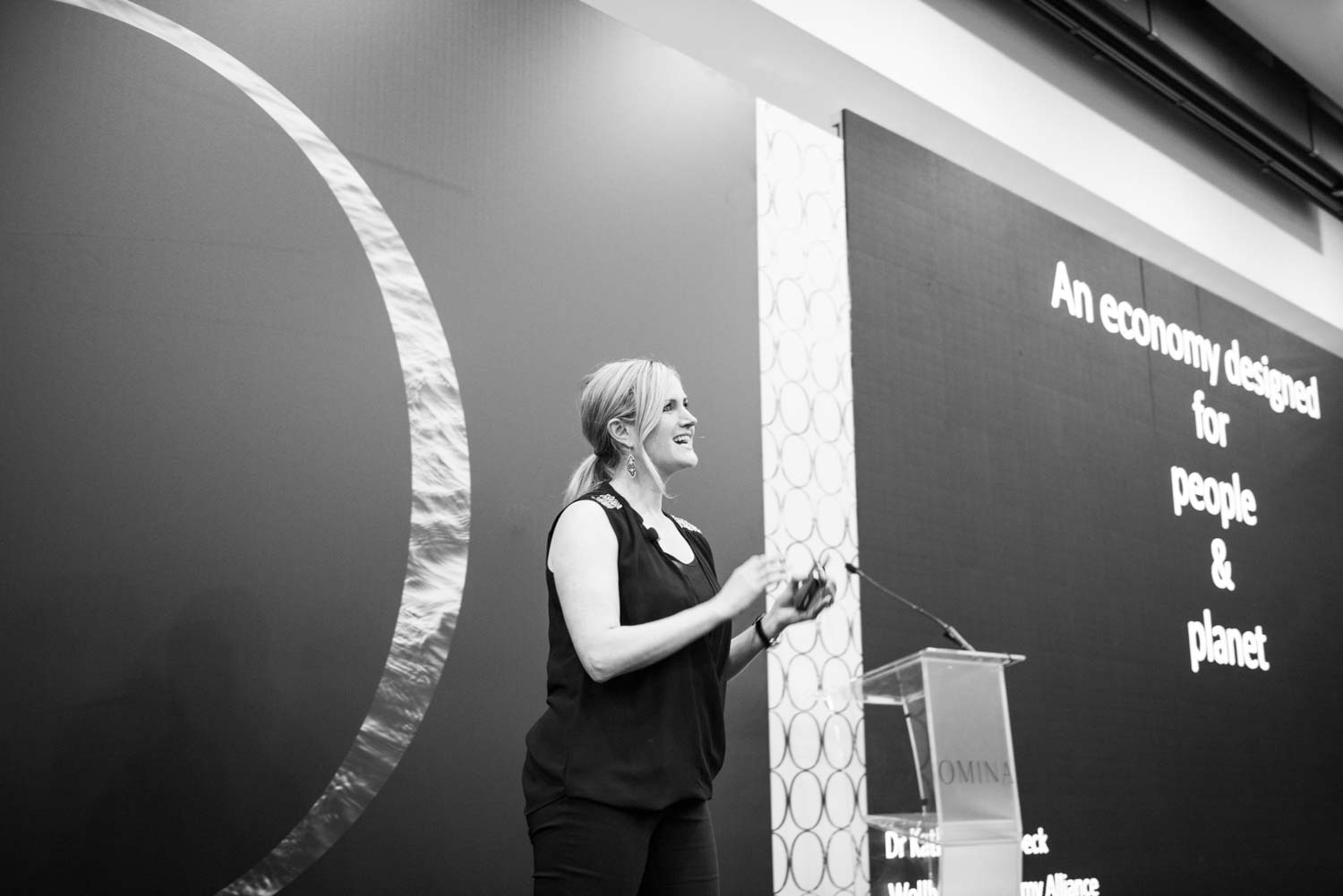 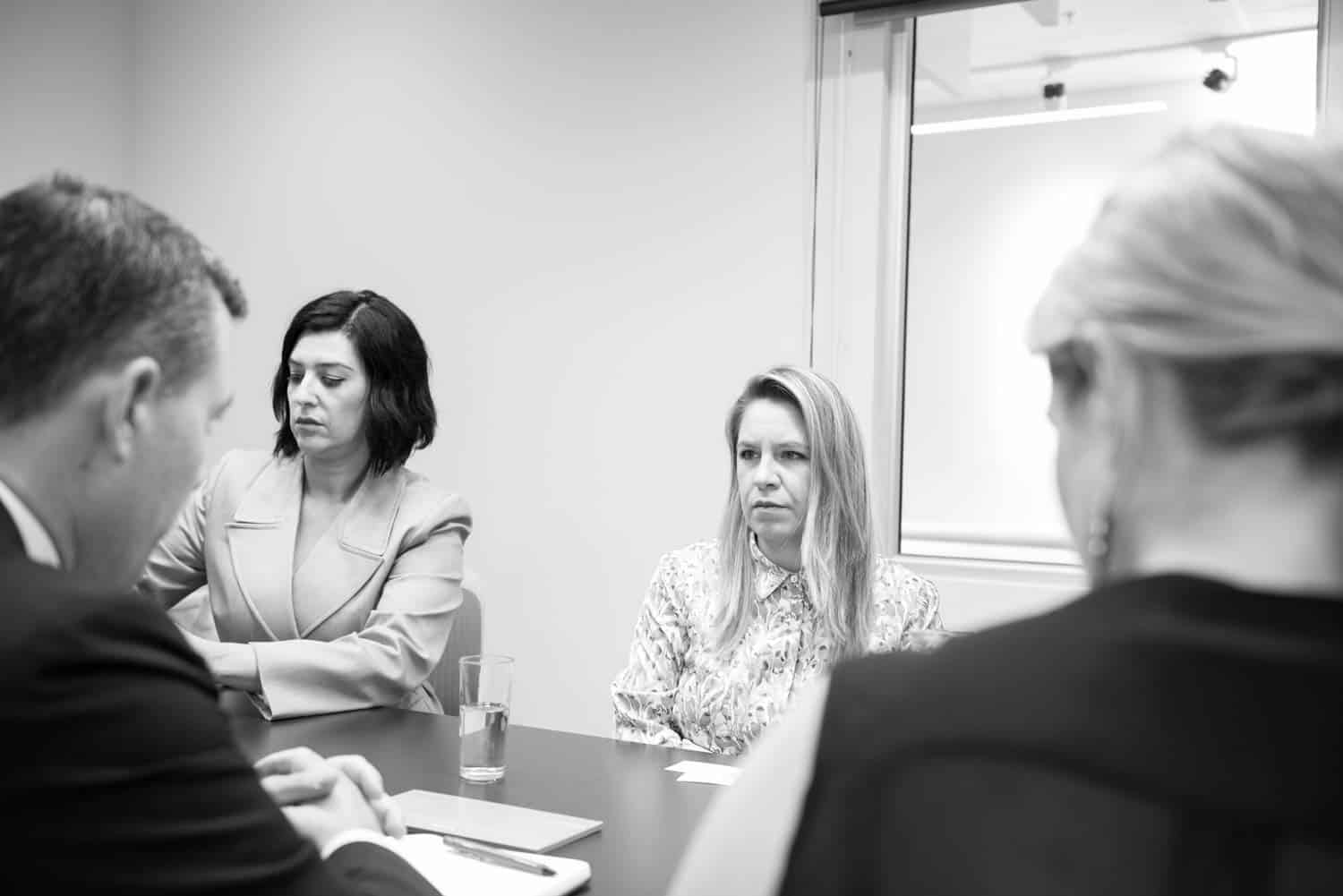 “Costa Rica is the most biodiverse country in the world, where thousands of species coexist every day.

In this little corner of the world there is room for all of us to live in peace.”

Former Costa Rican Ambassador at the 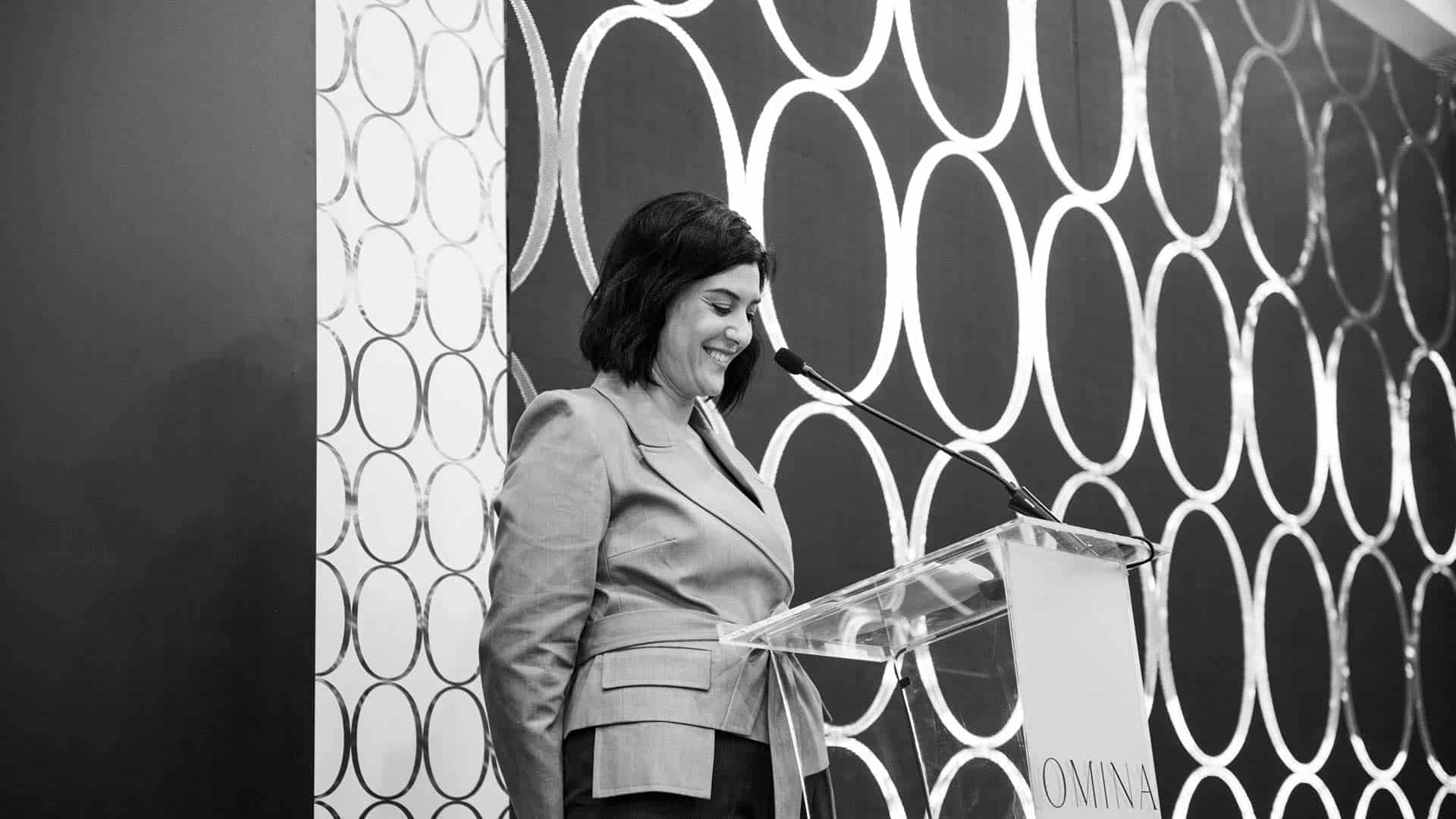 “After the financial crisis of 2008, we now understand that our way of consuming, and by extension our way of living, is not economically, socially, or environmentally sustainable. We need to evolve into a “well-being economy;” one that is “designed to serve the people and the planet,” as one of Omina Summit’s esteemed speakers, Professor Katherine Trebeck, has said. You can see the need for this change when you take the time to listen to what people identify as the most important things in their lives, such as their children’s education, the time they spend with their families, or the quality of the air they breathe. These things have ceased to be subjective values and instead have become concrete indicators of wellness and progress, as multiple examples of academic writing from the world’s best universities and research centers have shown.”

This website uses cookies to improve your experience while you navigate through the website. Out of these, the cookies that are categorized as necessary are stored on your browser as they are essential for the working of basic functionalities of the website. We also use third-party cookies that help us analyze and understand how you use this website. These cookies will be stored in your browser only with your consent. You also have the option to opt-out of these cookies. But opting out of some of these cookies may affect your browsing experience.
Necessary Always Enabled
Necessary cookies are absolutely essential for the website to function properly. This category only includes cookies that ensures basic functionalities and security features of the website. These cookies do not store any personal information.
Non-necessary
Any cookies that may not be particularly necessary for the website to function and is used specifically to collect user personal data via analytics, ads, other embedded contents are termed as non-necessary cookies. It is mandatory to procure user consent prior to running these cookies on your website.
SAVE & ACCEPT